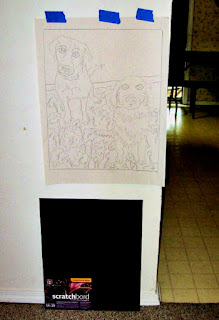 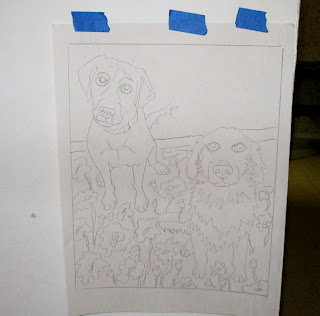 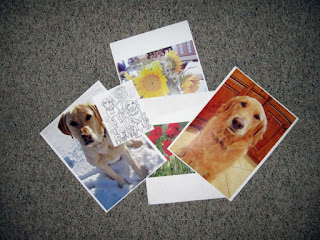 Today I'm thinking about choices. I hate to simplify things down to "this or that", but isn't that kind of what life is all about? Do I want this? Do I want that? Well, that's how my life works. I've been drawing cats in scratchboard for the kickstarter Cat Scratchin' book project for the last 3 months and I'm just about done with the 68 total cats. In the meantime I also have a few dog scratchboard commissions that I need to jump on. It gives a little break, a chance to head off in a different direction for a bit. I'll get to the above photos in a minute, I just thought I'd share a glimpse into the Linda-brain with y'all. Brace yourselves...I'm about to ramble on.
I woke up feeling isolated and alone, which is how most days are for me; usually this doesn't cause a problem for me, it just is my reality. Anyhow, I thought maybe I should push out of my comfort zone and go to a big outdoor street fair,  to have some human interaction and join in with the collective human-ness of such things. I drove slowly by and promptly decided it was too hot, too many people, and not much parking, so instead went to Wal-Mart. Please forgive me, judge if you must, it just seemed 'better' to me. Air conditioning, plenty of parking and a chance to maybe find some clothes and food. Not much human interaction though, and I didn't find clothes, but made some good food choices that will reward me later.  I've convinced myself that I'll try to stop by the street fair later in the day, early evening when it's cooler. We'll see if that happens. I'll report my experiences here if it does happen. I wouldn't hold my breath, at least not for too long if I were you. Ok, enough of that, the above photos are just to give you an idea of my working process. The commission is a 16"x20" Ampersand scratchboard drawing of two dogs together, with poppies and sunflowers. I'm excited to get going on this; it will be a heap of scratching. The owner sent photos of her dogs and I put them together in one place, I'm still working on the background concept, a pulled out of my head made-up environment. I finally bought a projector/enlarger to make my life easier. I basically start with a line drawing that I then transfer to the black scratchboard using white chalk rubbed on the back of the drawing. The big fun for me is then scratching away the black to white to create textures that resemble the dog or cat or flower, whatever it is I'm trying to render.  Nothing wrong with having good tools to make art folks.
I'm also working on an idea for a future kickstarter project to produce some full color posters of dogs and cats. More on that later.
In the meantime, be happy, make art!

On The Drawing Table 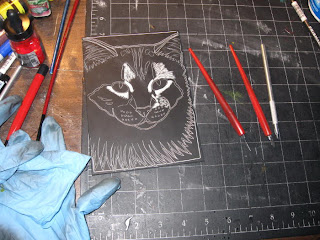 Sorry I've been missing in action for a bit. Working on the Cat Scratchin' book and other commission pieces has kept me at the table scratchin' away for days. In fact everyday is an art day for me. Not a bad thing, I'm happy. I've found that I post less here and more on Instagram so if you are interested in following me at the profile blueyemonkey, that would be super cool. In the meantime, the above is the current cat on the table. Got to get back on it. Have a day!
Posted by Unknown at 5/02/2013 No comments: